Yet another health worker has contracted Ebola. As President Obama abruptly cancelled travel plans to hold a special meeting about the potential fatal epidemic in the US, the question remains open as to whether the workers' compensation system is able to handle an outbreak in the US. This post is shared from nytimes.com 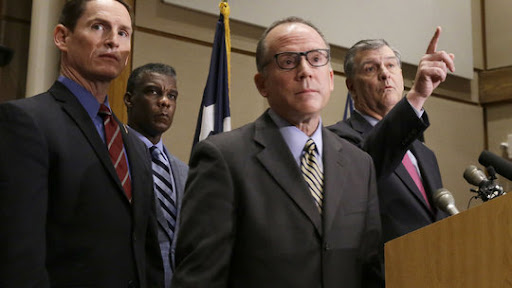 DALLAS — A second nurse at a hospital here tested positive for Ebola on Wednesday, the third case of disease confirmed in Dallas in the span of 15 days and the first to heighten fears far beyond the city.

The nurse, Amber Joy Vinson, 29, took a flight earlier this week from Ohio to Texas, a trip that federal health officials said should not have been taken.

Ms. Vinson was part of the medical team at Texas Health Presbyterian Hospital that cared for the Ebola victim Thomas Eric Duncan after he was admitted on Sept. 28 and put in isolation.

“Because at that point she was in a group of individuals known to have exposure to Ebola, she should not have traveled on a commercial airline,” Dr. Thomas R. Frieden, director of the federal Centers for Disease Control and Prevention, said Wednesday. “The C.D.C. guidance in this setting outlines the need for what is called ‘controlled movement.’ That can include a charter plane, that can include a car, but it does not include public transport.”

Though she traveled on Monday, the day before she reported symptoms on Tuesday, Ms. Vinson was among a group of workers at Presbyterian who were being monitored after the diagnosis on Sunday of the first nurse, Nina Pham, 26. Although Ms. Vinson’s temperature did not meet the fever threshold of 100.4, she reported to health officials that her temperature was 99.5.

Because of the proximity in time between the evening flight Monday and her first report of...