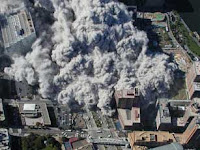 The first responders to the horrific events of September 11, 2008 continue to be unsuccessful in obtaining NJ Workers' Compensation benefits. The Port Authority of New York and New Jersey (Port Authority), an agency formed as an Congressional Inter-State Compact, continues to prevail in the defense of claims brought by its employees, the first responders to the 9-11 tragedy.
Edward McQuade, a Port Authority police-officer, was assigned to the World Trade Center disaster site, "The Pit," for 8 weeks following the 9-11 event and allegedly developed symptomatically. Michael Ashton, also a Port Authority police-officer, worked at ground-zero for the 3 weeks (12 hour shifts) following 9-11, during the rescue and recovery phase complained of disability attributed to the post 9-11 tragedy.
The NJ Judge of Compensation denied their claims for benefits due to lack of objective evidence presented. NJ statutory language requires objective medical evidence to substantial the claims. The claims were denied without the benefits of medical monitoring being afforded for potentially latent medical conditions which are now being reported by medical investigators.

Unfortunately, the heroes of 9-11 continue to be caught in a Catch 22 situation. They lack the proof, based on scientific evidence, because the Federal government has not stepped up to the plate and done the responsible thing which is to adequately fund and co-ordinate medical monitoring, treatment and benefit programs for the 9-11 first responders and those caught the geographical web of the 9-11 scope of exposures.
These decisions scream out for Congressional oversight and advancement of legislation now pending in Congress to continue the program that the was started by the Mt. Sinai Hospital Environmental Sciences Laboratory and the NY City Fire Department. We owe our heroes nothing less than the care, concern and comfort that they gave to the victims and their families.
Posted by Jon L. Gelman at Tuesday, October 07, 2008