Commissioning The Federal Government for a New Workers' Compensation System 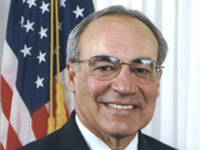 Legislation was recently introduced in Congress to re-establish a National Commission on State Workers’ Compensation Laws [Commission]. This attempt to recreate the almost 4 decades ago effort to evaluate uniformity of benefits, was introduced by a sole legislator, Representative Joe Baca [CA-43] and lacks any co-sponsorship or a duplicate effort in the US Senate.

The initial Commission I, 1972 Report of the National Commission on State Workmen's Compensation Laws, chaired by Professor Emeritus John Burton, looked the national patchwork of chaotic programs to provide uniformity of benefit delivery in the program almost 4 decades ago.

The bottom line is that the national system is a hodgepodge of state workers’ compensation laws that are not at all functional in today’s economic/medical market. The times changed since the original enactment of multiple state enactments in 1911. The present program has indeed out lived its usefulness. Over the decades many stakeholders have become preoccupied with economic considerations that have far seriously degraded human considerations.

A national review at the Federal level is a welcome sign that The Administration is using a thoughtful approach to change. This path must embrace the workers’ compensation medical delivery system into universal health care.
Posted by Jon L. Gelman at Friday, January 30, 2009