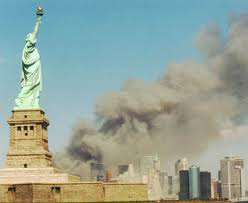 The Special Master for the Zadroga 9-11 Victims Compensation Fund, Sheila L. Birnbaum, will be holding a series of public town hall forums to discuss the operation of the Fund. Those meetings will take place in both New York and New Jersey.
The program was established to provide compensation and medical monitoring to victims of the September 11th tragedy in New York City. Regulations for the operation of the Fund have yet to be announced. It is anticipated that the Fund should be operational by July 1, 2011. Those who were exposed to the toxic dust and fumes of the World Trade Center disaster continue to suffer from latent and progressive medical conditions. The New England Journal of Medicine has reported that a substantial population that was exposed to the toxic residuals of the event are suffering from sever medical conditions. Positive pathological findings reflect the existence of aluminum and magnesium silicates, chrysotile asbestos, calcium phosphate, calcium sulfate, glass, and carbon nanotubes (CNT) were found in specimens of exposed individuals.

Eligibility for benefits under the James Zadroga 9/11 Health and Compensation Act include those who were World Trade Center victims and First Responders. Under the law those who worked, attended school, childcare and adult day care, may be eligible. The program also covers some who were present in the area of the dust cloud or who lived in the the New York City disaster area. Certain  cleanup and maintenance workers are included including tele-communications workers such as Verizon, AT&T and other employees.

For over 3 decades the Law Offices of Jon L. Gelman  1.973.696.7900  jon@gelmans.com have been representing injured workers and their families who have suffered occupational accidents and illnesses.
Related articles