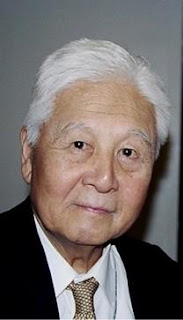 I am saddened to report the passing of Dr. Yasunosuke Suzuki. Dr. Suzuki partnered with the late, Irving J. Selikoff MD at Environmental Sciences Laboratory (ESL) of The Mt. Sinai School of Medicine, and conducted some of the most famous and pioneering scientific research linking asbestos exposure with mesothelioma. Dr. Suzuki passed away on August 8, 2011 at the age of 82.


I met Dr. Suzuki in the early years of my career when I was involved in litigating some of the initial claims involving asbestos exposures at The Union Asbestos and Rubber Company's (UNARCO) plant in Paterson, NJ. Dr. Selikoff, and my late father, a lawyer, both of Paterson, were involved in the "original 17" asbestos worker claims in 1954 before the New Jersey Division of Workers' Compensation.


Following the successful disposition of those claims, Dr. Selikoff expanded his research at the ESL in New York City. Dr. Suzuki became the lead pathologist of that pioneering medical-investigative team. Dr. Suzuki played a critical role in the Paterson Asbestos Control Group that followed-up, through autopsy, the cohort of 933 former workers of the UNARCO facility and their families. His analysis of the pathology of the asbestos related tumors produced, along with Dr. Selikoff, and his knowledgeable team, some of the sentinel epidemiological studies linking asbestos related exposure of workers and their families and bystanders to asbestos exposures.


The following obituary was published by the Collegium Ramazzini


Death of Professor Yasunosuke Suzuki August 8, 2011
It is with great sadness that the Collegium Ramazzini informs its Fellows of the death of one of its most illustrious and beloved colleagues, Professor Yasunosuke Suzuki. Professor Suzuki was an influential member of the Collegium and was honored with the Ramazzini Award in 1993 for his contribution to the scientific knowledge on the pathology of mesotheliomas among asbestos-exposed workers. Upon his retirement from the Mount Sinai School of Medicine in 2006, the Collegium Ramazzini again honored Professor Suzuki with the Irving J. Selikoff Award to recognize his many years of work as a pathologist who meticulously studied the diseases caused by asbestos and who also ventured forth courageously from his laboratory, as a true follower of Ramazzini and Selikoff, to press the urgent need in nations around the world for the banning of all production and use of all forms of asbestos. In fact, Dr Suzuki played a critical role in the decision by the Government of Japan to ban all use of asbestos in Japan.

Collegium Ramazzini President Philip Landrigan remembers the occasion of the Selikoff award noting "(It) was a bittersweet occasion. Dr. Suzuki served as a member of the faculty of the Department of Community and Preventive Medicine at Mount Sinai for 40 years. While there are many of us still at Mount Sinai who worked with Dr. Selikoff as junior faculty, students and trainees, Dr. Suzuki is the last member of the "Selikoff generation" the group of age peers who worked most closely with Dr. Selikoff for so many years in Dr. Selikoff's pioneering studies of other asbestos and other occupational hazards."Professor Suzuki received his M.D. degree from the Keio University School of Medicine in Tokyo in 1953. He completed one year internship in Tokyo at the Setagaya National Hospital, and was licensed in 1954 by the Japanese Government.

In 1954 he joined the Department of Pathology in the Keio University School of Medicine starting as an "Assistant of Pathology". Dr. Suzuki's early work on the kidney he proved the presence of the mesangium, the third structural element of renal glomerulus. Working with new technology - the electron microscope, he was able to further define the structure of the mesangium.
In 1959, he was awarded the Doctorate of Medical Sciences in the field of Pathology. In 1960 he was sent abroad as an International Post Doctoral Research Fellow at the U.S. National Institutes of Health (NIH) training at New York University School of Medicine under Professor Johannes Rhodin. In 1961 he trained at the Mount Sinai Hospital Renal Pathology Division under Dr. Churg. He returned to Keio University 1962 as a faculty member. In 1966, Dr. Suzuki was invited to re-join Mount Sinai as a Research Associate. In addition to renal pathology with Dr. Churg, he started to investigate pathology of asbestos related diseases with Dr. Dr. Irving J. Selikoff.
The research on asbestos related diseases included seminal work on pulmonary asbestosis, the development and formation of asbestos bodies and electron microscopy of human malignant mesothelioma. In 1973, Dr. Suzuki again returned to Japan to serve as Chairman and Professor of Anatomy at Fujita-Gakuen University School of Medicine.
He returned to Mount Sinai in 1975 as Research Professor of Community Medicine and Research Associate Professor of Pathology. For the next 31 years, from 1975 to 2006, he devoted his time solely to the investigating the pathology of asbestos related diseases. One of his most significant contributions was providing support to Selikoff's ground-breaking epidemiological study on asbestos insulation workers. Slide by slide, he reviewed the pathologic autopsy and biopsy samples taken from approximately 5,000 cases of insulation workers and confirmed the diagnosis of asbestos related diseases.
He was promoted to Professor of Pathology in 1989 and in 1991 to Professor of Community and Preventive Medicine.
Dr. Suzuki published 171 peer review scientific papers. Dr. Suzuki estimated that over the course of his career in research, he had examined and written up approximately 538,000 individual slides.
Suzuki received several honors in addition to those conferred by the Collegium Ramazzini. Other awards include the honorary title of Guest Professor at Tokai University School of Medicine (1993-1996) and Honorary Visiting Professor of Pathology at Keio University School of Medicine (1999-2000).