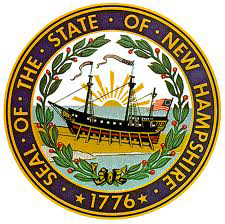 A New Hampshire insurance group has been charged by the State with improperly appropriating millions of dollars of taxpayers' funds to a workers' compensation insurance plan. The improper allocation is described in a petition filed by the State.

Local Government Center denies it improperly used millions for workers' comp program
"The umbrella organization's activities have been under investigation for seeding a workers' compensation program through a surcharge that municipalities and their employees were paying through their involvement with the LGC's HealthTrust and Property-Liability programs.

"An investigation was conducted by the Secretary of State Bureau of Securities Regulation, which claimed the LGC misused the surcharge money and therefore owes the cities and towns which funded the seed money upward of $100 million.
NJ Secretary of State Hearings including audio recordings
Related articles