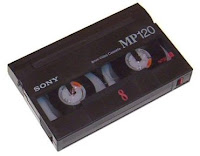 A New Jersey appellate court held that the trial court's decision to bar the admission of a surveillance tape into evidence was appropriate in a total disability claim, where the employer's attorney did not adhere to the administrative of rules concerning the offering of evidence. On the last day of a trial, the employer attempted to introduce a surveillance video of the of the employee on the basis that the tape would refute the injured worker's testimony that he could do nothing at home more than replace a lightbulb.

At the trial, Judge  Kenneth Kovalcik, exercising his judicial discretion, barred the use of the video as evidence. The court relied upon NJAC 12:235-3.11(a)(4)(i) that requires a pretrial memorandum must reflect that a party intends to utilize videos or other electronic media prior to trial. The defense argued that it was unable to comply with the administrative requirement because the video did not exist at the time the pretrial memorandum was submitted and that it was necessary to rebut the petitioner's testimony.