The Great California Trade Off 2012 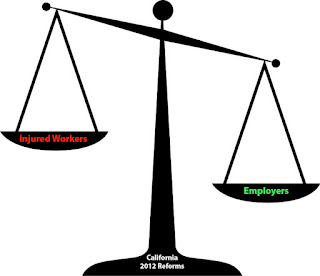 Rumors spread like wildfire this week as alleged secret back-room dealing continued in an effort to reform the failing California workers compensation system, yet again. The great trade-off of 2012 appears to be a major move to control and limit medical delivery and disability benefits at all cost.

Of critical importance is the fact that as goes California so goes the nation. Historically, changes made in California will slowly advance across the country and become adopted as a national wave of reform.

What has been leaked to the media, and some stakeholders, by a coalition of Labor and Industry management representatives, is yet another bandaid attempt to to control medical delivery in an effort to reduce both treatment costs, and ultimately reduce the number of cases utilizing the system.

While on the books it looks great that injured workers may get a potential increase of $700 million in increased permanent disability benefits, the trade-off is the imposition of a stringently controlled, speeded-up, and rationed medical benefits.

For employers to truly benefit from a Workers' Compensation program that works, employees need to receive the best medical treatment available to cure and relieve their work related medical conditions, and an adequate program of disability payments.

The proposed reforms limit medical choice, limit medical protocols, take away disability modifiers and impose penalties for out of network medical care in the name of expediency.

The problems facing California are not unique to that state. The entire nation, both within the workers' compensation system, and without, are facing similar issues.

One would hope that California would set a high standard for the nation, such as it attempted to do with heightened requirements for automobile emission testing and safety. However, to eliminate treatment options available to injured workers merely for the purpose reducing costs is a fast track program that ignores the need to achieve the best medical result and provide adequate compensation to injured workers.