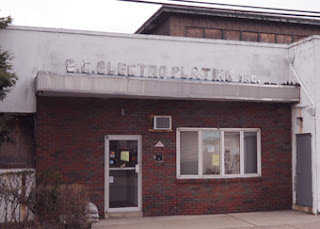 The U.S. Environmental Protection Agency today announced that it has demolished the E.C. Electroplating building at the Garfield Ground Water Contamination Superfund site in Garfield, New Jersey. Areas underneath the building, located at 125 Clark Street, are contaminated with hexavalent chromium that is reaching the basements of some area residences and businesses through the ground water. The EPA continues to assess and, if needed, clean up nearby basements. The demolition of the building will allow the EPA to remove contaminated soil that is a likely source of chromium contamination in the ground water.

Hexavalent chromium is extremely toxic, may cause cancer and nervous system damage. Prior to the demolition of the structure, the EPA met with community members and local officials to keep them informed, coordinate activities and ensure public safety.

“The EPA has safely taken down the former E.C. Electroplating building, an important step in the agency’s work to protect the health of the Garfield community,” said EPA Regional Administrator Judith A. Enck. “Our next step is to assess the best way to address the chromium contaminated soil that is underneath the structure.

The EPA’s sampling had shown that the parts of the E.C. Electroplating building above the foundation slab were not contaminated with hexavalent chromium, but two basements and the soil under the structure were contaminated. The structure had to be demolished to access the contaminated soil underneath. The industrial materials and building debris left at the E.C. Electroplating site have been removed and disposed of at facilities licensed to receive the waste. Over 600 cubic yards of debris and over 325 drums of hazardous waste were removed from the site. The demolition work began on October 12, 2012 and was completed on October 22, 2012.

Throughout the demolition work, the EPA followed strict work procedures to protect public health. Dust was controlled and the air was monitored to ensure that contamination was not getting into the community during the demolition. Air monitoring data showed that there have been no hazardous levels of hexavalent chromium, total chromium, lead or cadmium.

As part of its longer-term work, the EPA has established a network of ground water monitoring wells to determine the extent of chromium contamination in the ground water. This in-depth investigation is ongoing and will allow the EPA to develop a proposed plan for the cleanup of chromium-contaminated ground water.

For a complete history of the EPA’s work at the Garfield Ground Water Contamination Superfund site please visit: http://www.epa.gov/region2/superfund/removal/garfield.
....
For over 3 decades the Law Offices of Jon L. Gelman 1.973.696.7900 jon@gelmans.com have been representing injured workers and their families who have suffered work related accident and injuries.