Why Injured Workers Should Deactivate Their Social Media Accounts 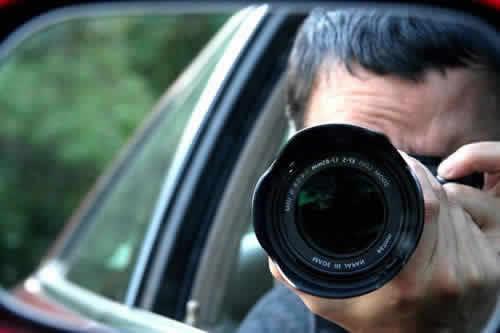 Your private photos could be used against you by insurance companies.

Recently, it seems as though everyone is connected through social networking sites such as Facebook and Twitter. These tools have become a great way to keep in touch with friends and family scattered all over the world. Unfortunately, the information you or your connections post on your social networking sites can cause your workers’ compensation claim to be denied.


The Commission denied further benefits in part based on pictures obtained from Zack’s MySpace and Facebook pages.

For example, Zack Clement suffered a hernia when a refrigerator fell on him while he was working at a warehouse in Arkansas. After undergoing three surgeries and receiving work comp benefits for a year, Zack took his case back to the Arkansas Compensation Commission to get an extension of his benefits. The Commission denied further benefits in part based on pictures obtained from Zack’s MySpace and Facebook pages. The Arkansas Court of Appeals upheld the Commission’s decision, noting Zack’s claims of excruciating pain were inconsistent with the pictures of Zack drinking and partying.

In Iowa, the Workers’ Compensation Commission has also relied on Facebook posts to deny an injured worker benefits. Jody McCarthy had a debilitating back condition that she claimed was aggravated by her work. The deputy commissioner noted that
Jody’s testimony was essential to the case because her doctors based their opinions on her reported symptoms. Because of items posted on her Facebook page the deputy didn’t find her testimony to be credible. According to the deputy commissioner: “The main problem with claimant’s testimony is that she maintains that she is virtually prostrate with pain on a daily basis, however when pressed by previous testimony and by pictures and entries on her Facebook page, she agrees that there are physical activities she is able to perform.”


Even if your privacy settings are set so the public cannot see your entries, you may not be safe.

Even if your privacy settings are set so the public cannot see your entries, you may not be safe. For example, an insurance company could try to use one of your friends to collect information on you or they could try to directly befriend you. Injured workers must be especially aware of new friend requests from people they may not know. And, even if your privacy settings are airtight and you are only friends with people you know and trust, courts have held that Facebook records can be obtained through subpoena.

Even if you personally don’t post anything on a social networking site, you still have to be careful about what other people post. In Zack’s case, the pictures used to deny him benefits were posted by a friend. Regardless of the severity of a worker’ s injury, an insurance company can use something as simple as a picture of you smiling to try to show that your injury is not as severe as you claim.

This is why we suggest to our clients that they deactivate their social network accounts during the pendency of their case. One can never be too safe in making sure no one has access to any evidence, no matter how innocent it may seem, that would deny the worker of the benefits they’re owed.

Employee Termination Because of Facebook Comment Does Not
Oct 25, 2012
An employee who was terminated because of comments made about her employer on Facebook has been allowed continuation of workers' compensation benefits. "Lawful termination, like fraud, cuts through everything; but ...
http://workers-compensation.blogspot.com/
Workers' Compensation: Facebook Photo Admissible As Evidence
Jul 03, 2012
An injured worker was denied benefits when an Arkansas Court admitted into evidence Facebook pictures that were posted on line showing him drinking and partying. The worker had alleged that as a result of a hernia, ...
http://workers-compensation.blogspot.com/
Facebook Creating Even A Greater Problem in Comp Claims
Apr 13, 2012
Facebook's new announcement today creates even a greater problem for workers' compensation claimants. Providing even greater historical information about an unsophisticated Facebook user puts even more information, ...
http://workers-compensation.blogspot.com/