OSHA Needs To Be Strengthened

If workplaces were safer then there would be no reason to have a workers' compensation program at all. OSHA, The Occupational Safety and Head Health Administration (OSHA), does just that, but its enforcement powers are lacking.

OSHA was created legislatively by Congress in 1970. In the years following  The National 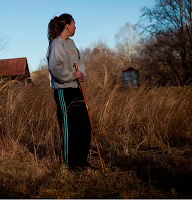 Commission on Workmen's Compensation Laws in 1972 reported that safety should be encouraged, and that, "....Economic incentives in the program should reduce the number of work-related· injuries

Today, The New York Times reports that "Occupational illness and injuries ....cost the American economy $250 Billion per year due to medical expenses and lost productivity."

"OSHA devotes most of its budget and attention to responding to here-and-now dangers rather than preventing the silent, slow killers that, in the end, take far more lives. Over the past four decades, the agency has written new standards with exposure limits for 16 of the most deadly workplace hazards, including lead, asbestos and arsenic. But for the tens of thousands of other dangerous substances American workers handle each day, employers are largely left to decide what exposure level is safe.

“"I’m the first to admit this [OSHA] is broken,' said David Michaels, the OSHA director, referring to the agency’s record on dealing with workplace health threats. 'Meanwhile, tens of thousands of people end up on the gurney.'"