Seattle Shooting - Another Case of Workplace Gun Violence, and Another Call to Action

By working together we can bring an end to gun violence in America
Today's post comes from guest author Kit Case from Causey Law Firm, Seattle, Washington. 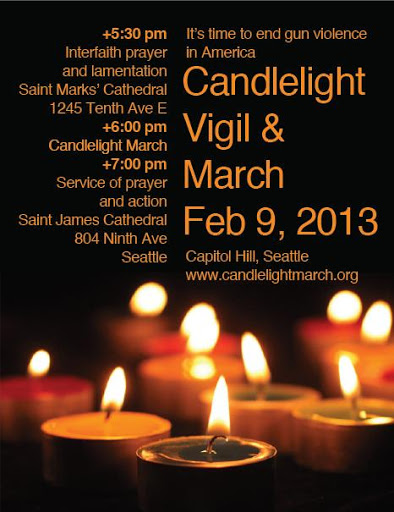 A man entered a Seattle bar late Sunday night, January 27, 2013, and confronted his ex-girlfriend, brandishing a gun.  The gunman shot both his ex-girlfriend and the doorman before the gunman was fatally shot by Seattle police.

Both the ex-girlfriend and the doorman were taken to Harborview Hospital with non-life-threatening injuries.  Both were victims of senseless gun violence, but the doorman is also a workers’ compensation claimant due to this occurring while he was on-the-job.

2012 has been the worst year for these events in modern US history, with 151 victims injured and killed.


Quoting an article published by Mother Jones (Mother Jones Investigates: The NRA Myth of Arming the Good Guys), Washington CeaseFire shared that there have been at least 62 mass shootings in the last three decades, attacks in which the killer took the lives of four or more people (the FBI's baseline for mass murder) in a public place—a school, a workplace, a mall, a religious building. Seven of them have occurred this year alone. Along with three other similar though less lethal rampages—at a Portland shopping mall, a Milwaukee spa, and a Cleveland high school—2012 has been the worst year for these events in modern US history, with 151 victims injured and killed.

On Tuesday, January 22nd, Washington CeaseFire presented the results of a statewide poll conducted by Alison Peters Consulting. The poll of 600 randomly selected registered Washington voters reveals a strong preference for stronger gun safety laws on both Eastern and Western sides of the state. The poll has a margin of error of plus or minus 4 percent. Findings included :

Washington CeaseFire states that it's time to end gun violence in America, noting that gun deaths outnumber traffic fatalities in Washington and nine other states.  Now is the time to make our voices heard.  Please consider participating in a candlelight vigil and march on February 9, 2013 in Seattle, Washington, co-sponsored by CeaseFire.  More than 1000 people attended a similar march held in January (see prior post for details) and it is hoped that the upcoming vigil and march will draw more attention to this issue.