The NJ Workers' Compensation system is in for a change. Governor Chris Christie of NJ is taking aim at reforming the NJ system.

In the past, unsuccessful major attempts to reform the State's workers' compensation 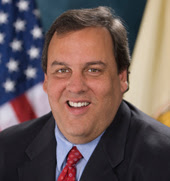 system have come from interest groups from outside of the State, ie. 1980's national insurance Industry (AIA) concerns. Now the focus is changing, and the proposals for reform will be coming from the the State's Chief Executive, a major coalition builder who has successfully tackled major legislative changes during his term in office.

“'We’re going to be coming up with a package of proposals that’s going to work both sides of that,' Christie told a caller on his monthly NJ 101.5 FM radio show tonight.