Occupational Exposure to Lead Continues to be a Serious Health Issue

The California Department of Health has reported that the workers' occupational exposure to lead continues to be a serious public health issue.
Read more »
Posted by Jon L. Gelman at Wednesday, February 15, 2017 No comments:

Today's post was shared by US EPA News and comes from yosemite.epa.gov

Lead paint for decades has been a problem in New Jersey decaying housing for decades. The consequences have been the lead poisoning of children. Children are particularly vulnerable to the health hazard that results in neurological disorders. Recent attention is again focussed on the issue. Today's post is shared from northjersey.com.

"The state will nearly double its spending to $22 million on lead safety programs for children this year, Governor Christie said Tuesday, amid sustained calls for attention and money to an issue that has for years been largely hidden from public view.

Today's post was shared by WCBlog and comes from www.huffingtonpost.com

Lead Paint - Industry Has Yet to Meet Its Responsibility 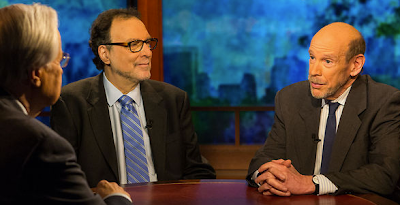 Click here to see the entire video recording of the program: "Toxic Disinformation" aired on PBS May 17, 2013.

Lead paint at worksites remains a clear and present danger to workers. The U.S. Environmental Protection Agency has issued a complaint against CRM Rental Management, Inc. of Rome, N.Y. for not informing residents of its buildings about potential lead-based paint in their apartments.


It is estimated that three-quarters of U.S. residential dwellings built before 1978 contain some lead-based paint. Infants and young children are especially vulnerable to lead-based paint exposure, which can cause IQ deficiencies, reading and learning disabilities, impaired hearing, reduced attention spans, hyperactivity and behavioral problems. CRM Rental Management faces over $140,000 in potential fines for 43 instances in which the company failed to properly inform residents of four buildings in New Hartford and Rome, New York about the potential presence of lead-based paint.

“Lead paint is a serious threat to children’s health and disclosure can arm families with information they need to protect their kids,” said Judith A. Enck, EPA Regional Administrator. "Rental agents, property managers and building owners are required to follow EPA lead paint disclosure requirements and make sure people are aware of potential lead hazards in homes.”

Lead poisoning remains one of the most prevalent threats to children's well-being but it is also one of the most preventable. Under federal law, families have the right to know whether there are any potential lead-paint hazards in a prospective home, and must be informed about the harm lead can inflict on small children. Pregnant women and children younger than age six are among the most vulnerable to adverse health risks from lead-based paint.

EPA regulations require real estate management companies and property owners that sell or rent housing built before 1978 to provide renters or buyers with a form that contains a warning about the dangers of lead-based paint and discloses information about its presence. People renting or buying an apartment or home must verify that they received the required warning and disclosure information, including the EPA pamphlet, Protect Your Family from Lead in Your Home.Prospective purchasers have a 10-day opportunity to assess the property for risks for the presence of lead-based paint.

The complaint against CRM Rental Management alleges that the company failed to provide residents with lead-based paint warning and disclosure statements, making them aware of records or reports that would alert them to potential lead-based paint hazards, and secure required signatures verifying that the required information was received.

In collaboration with the U.S. Department of Housing and Urban Development and the Centers for Disease Control, EPA operates the National Lead Information Center, including a toll-free hotline that can be reached at 1-800-424-LEAD (5323).

For more information on lead and the risks posed by lead paint, visit: http://www.epa.gov/lead......

For over 3 decades the Law Offices of Jon L. Gelman 1.973.696.7900jon@gelmans.com have been representing injured workers and their families who have suffered work related accident and injuries.

Federal safety and health investigators found that employees of an Ohio gun shop may face life-long health damage because their employer continues to expose them tolead hazards and has failed to establish a respiratory protection program.

Lead: Bringing it Home From Work

NIOSH reports that homes may be contaminated by toxic substances such as lead when employees bring home the contaminates. Bystander exposure occurs when employees bring home toxic substances on their bodies, clothing or other objects. Lead affects the developing nervous system of children, and no safe blood lead level (BLL) in children has been identified:

Several recent settlements ensure that New England businesses performing painting and home renovation work are complying with requirements designed to protect children from exposure to lead-based paint during painting and other renovation activities. The settlements also contain financial penalties which must be paid for alleged violations of EPA’s Renovation, Repair and Painting (RRP) Rule.

Bill Vizzo Contractors, LLC/Michael’s Painting, Shelton, Conn. – This company will pay a penalty of $2,200 for failing to comply with lead-based paint renovation requirements during renovation work at a residence in Monroe, Conn., in violation of the Toxic Substances Control Act, the Residential Lead-Based Paint Hazard Reduction Act, and the Renovation, Repair and Painting (RRP) Rule.

Gerard Therrien, Manchester, N.H. – Gerard Therrien performed painting and renovation work at a single family home in Manchester, N.H. During an inspection of the work, EPA identified RRP Rule violations, including: failing to properly cover the ground at the exterior of the building with plastic sheeting or other disposable impermeable material; failing to properly cover interior surfaces with taped-down plastic sheeting or other impermeable material; failing to contain waste from renovation activities to prevent releases of dust and debris; failing to obtain initial firm certification from EPA; failing to obtain a course completion certificate (proof of certification); failing to post signs clearly defining the work area at the work site. This matter was negotiated prior to filing an administrative action and Mr. Therrien agreed to pay a $2,980 penalty under EPA’s Pilot RRP Penalty Program for Micro-Businesses.

Collegiate Entrepreneurs, Inc., Braintree, Mass. – This corporation that specializes in renovating and painting apartment buildings and residences in Massachusetts and throughout New England paid a $30,000 penalty for alleged violations of the pre-renovation education and record keeping requirements of the Renovation Repair and Painting Rule. Their violations included failing to provide EPA’s lead hazard information pamphlet to customers before undertaking renovation projects in several Mass. communities, and failing to comply with the record-keeping requirements in connection with seven Mass. renovation projects during the summer of 2010.

EPA also recently announced settlements for alleged violations of the lead RRP rule for work to convert the former Frisbee School in Kittery, Maine into a community center. The companies involved were James J. Welch & Co., Inc., of Salem, Mass., hired as the primary contractor for the job, and New Hampshire Plate Glass Corp. of Portsmouth, N.H., which was hired as a subcontractor to install new replacement windows in the building. Under the settlements, JJ Welch will pay a penalty of $3,565, while NH Glass will pay a fine of $10,890.

EPA’s Renovation, Repair and Painting (RRP) Rule became effective on April 22, 2010 and allows for the assessment of penalties that may reach up to a maximum of $37,500 per violation per day.

Since 2012, EPA has pursued 14 actions in New England to enforce the RRP Rule. Continued enforcement of the lead paint Renovation, Repair and Painting Rule ensures both that children are being protected from avoidable exposure to lead, as well as there being a “level playing field” for contractors following the health-protective work practices in the regulation.

- Why lead is a health hazard (http://www.epa.gov/lead/learn-about-lead.html)

This Is Your Brain on Toxins

The US Supreme Court declined to review a California Supreme Court decision holding multiple lead paint manufacturers responsible for cleanup costs amounting to over $400 million. The longstanding litigation was brought under the theory that lead paint contamination was a public nuisance. Lead paint has been known for decades as toxic.

Lead poisoning and lead expose is widespread. A vast number of cases of lead exposure flow from the lead pigment that was placed by the paint industry into paint. The residuals of the lead paint remain in place in many public and private buildings exposing both workers' and children to lead exposure and  the resulting lead disease. Today's post was shared by Legal Newsline and comes from legalnewsline.com

In an historic ruling, a California Judge, held the lead paint pigment manufacturers liable for the damage they caused children by placing toxic lead pigment into paint. The companies will be held accountable for the remediation required to make homes and other buildings safe. The case was prosecuted by a team of lawyers, including nationally recognized lead litigation experts, Motley Rice, Providence, RI. This article is shared from the latimes.com

Santa Clara County Superior Court Judge James P. Kleinberg ruled that ConAgra, NL Industries and Sherwin-Williams created a “public nuisance” by selling lead-based paint for decades before it was banned in 1978, finding them liable for exposing children to a known poison.

The opinion set aside $605 million, or 55% of the judgment, to pay for lead removal in Los Angeles County. The money will go into a fund administered by the state’s Childhood Lead Poisoning Prevention Branch and will pay for inspections and lead abatement on the inside walls of tens of thousands of homes.

“The court is convinced there are thousands of California children in the Jurisdictions whose lives can be improved, if not saved through a lead abatement plan,” the judge’s ruling said.

Coal Industry: The Next Target for a Major Lawsuit

The focus the past several weeks has been the lawsuit in California against the Lead Paint Industry. The lawsuit, pending for over a decade, was brought under the legal theory of "public nuisance." The case seeks to finally force the major suppliers of lead paint to the table to help in removing and correcting the alleged public and private health dangers the Industry created by marketing paint with lead pigment.

While the lead paint case is in its finals trial stages, a theory has emerged to litigate against the Coal Industry for its alleged acts that have damaged public health through crating industrial pollution.

"Coal industry executives ought to pay attention to the lead paint lawsuit currently happening in the California court system.

"But things have changed in the American legal system, and attorneys are now taking a page out of the tobacco litigation playbook. By unearthing documents that detail the lead paint industry’s attempted cover-up of the dangers, they avoid the “buyer beware” caveat that the tobacco industry used for so long.