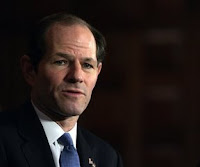 With Governor Spitzer now embroiled in a major scandal that may end in his resignation as Governor of the State of New York, all eyes in the workers’ compensation arena are now focused on his reform efforts. On February 27, 2007 shortly after taking office he signed landmark legislation to overhaul the NY system.

The legislation mirrors the concerns of Labor and Industry throughout the country about a workers’ compensation system bogged down in administrative bureaucracy and failing to meet the medical and permanent disability needs of injured workers. The new NY act is a skeleton on a program that will be reconstructed by regulations and administrative memos.

Injured workers in NY, as in other parts of the country, are concerned of the implantation of the new AMA Guidelines as the criteria for determining disability. It has been remarked that the new AMA Guidelines 6th edition will eliminate at 60% of all findings of disability resulting in no benefits for those injured workers. The Business Council on NY has been advocating for their implementation.

It is doubtful that there will be a change of course in NY. The NY legislation was originally drafted under the Republication Administration of Governor Pataki and merely passed in the Democratic Administration of Spitzer in about 45 days after he took office. The political deal was struck NY long before the Spitzer Administration, but the legislation is only a skeleton that will require additional crafting and implementation.

NY mirrors the same issues of other jurisdictions. Unfortunately implementing the AMA Guidelines 6th edition will not solve the problem in NY or elsewhere. It is like taking a wheel off a vehicle with 2 flat tires already. Yes the system needs reform, but one that will be crafted as the fathers of workers’ compensation legislation intended, which is a system that provides expeditious and adequate compensation for injured workers.
Posted by Jon L. Gelman at Tuesday, March 11, 2008