Hip Implants Recalled Due to Failure 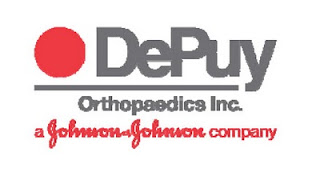 Johnson and Johnson has recalled 2 Hip Implants because of failure. The two implants were made by the DePuy Orthopaedics unit of Johnson and Johnson. The decision to withdrawn the products was based upon the fact that many patients require a second hip replacement because of product failure.
DePuy release a statement today that they two products being recalled were: the ASR XL Acetabular System, a hip socket used in traditional hip replacement, and the ASR Hip Resurfacing System, a partial hip replacement that involves placing a metal cap on the ball of the femur, a method intended to preserve more bone. There about 93,000 of the defective appliances that have been implanted worldwide.
For over two years the US Food and Drug Administration (FDA) has been besieged with complaints about the failure of the devices and painful surgery to replace them.

The office of Jon L. Gelman has advocated for consumer rights and has helped those who have unfortunately received defective medical devices. Please call 1-973-696-7900 or e-mail for further information.
Workers' Compensation and Joint Replacement