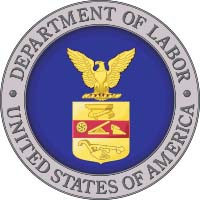 The U.S. Department of Labor's Office of Workers' Compensation Programs today published a final rule that revises and modernizes the procedures used in administering claims under the Federal Employees' Compensation Act. They were published in the June 28 Federal Register. The Rules modernize procedures to increase fairness and efficiency, updates the regulations to account for recent statutory changes and incorporates advances in technology that preserve administrative resources.
"This is the first substantial change to the FECA regulations since 1999," said OWCP acting Director Gary Steinberg. "The new regulations take advantage of technological and other changes that will improve the fairness and efficiency of the claims process."The rule also clarifies a number of current practices. Updates include acknowledging reorganization within the department and incorporating statutory changes, such as the new FECA death gratuity benefit. Changes also have been made to existing policies to improve the benefit program and lessen burdens on claimants. Additionally, the rule adds the skin as a covered organ retroactive to Sept. 11, 2001, under the act's schedule award provision, providing up to 205 weeks of compensation for burns, cancers and other medical conditions that impair the skin's function. The administrative and procedural changes include requiring employing agencies to file claims electronically by the end of 2012 and allowing for the use of video and teleconferences in hearings, as well as changes to the medical approval and procurement procedures.
The final rule can be viewed here.http://www.dol.gov/owcp/dfec/regs/compliance/FECAFinalRule-pub6-28-2011.pdf
The Office of Workers' Compensation Programs administers several disability benefit programs that cover federal workers, nuclear weapons workers, coal miners, longshore and harbor workers, and civilian contractors of the federal government who work overseas. These programs provide a variety of medical benefits, as well as wage replacement, vocational rehabilitation and other services. Benefits also may be paid to eligible dependents or survivors. For more information, visit http://www.dol.gov/owcp/.


For over 3 decades the Law Offices of Jon L. Gelman  1.973.696.7900  jon@gelmans.com have been representing injured workers and their families who have suffered occupational accidents and illnesses.