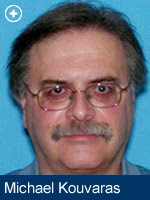 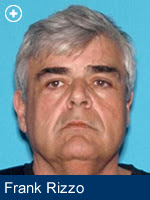 
NJ Attorney General Jeffrey S. Chiesa announced that two men and the demolition company they operated have been indicted by a state grand jury on charges that they unlawfully removed asbestos from the former Zurbrugg Memorial Hospital in Riverside, N.J., without a license, using workers who were not trained or equipped to do the job safely.
The Division of Criminal Justice obtained a state grand jury indictment charging Frank J. Rizzo, 53, of Parlin, Michael Kouvaras, 59, of Maplewood, and the company they ran, Deuteron Capital, LLC, doing business as South Street Fillit Recycling of Riverside, with conspiracy (2nd degree), unlawfully causing the release of a toxic pollutant (2nd degree), abandonment of toxic pollutants (2nd degree), and violating the Asbestos Control and Licensing Act (3rd degree). The charges stem from a joint investigation by the Division of Criminal Justice Environmental Crimes Unit and the Department of Corrections Special Investigations Division.


Between August 2010 and March 2011, the defendants allegedly used untrained day laborers, including inmates from a halfway house, to remove asbestos from the hospital buildings in connection with demolition at the site and their efforts to salvage valuable copper and steel. They allegedly engaged in asbestos removal without the required license from the New Jersey Department of Labor, and their illegal activities allegedly caused the release of asbestos dust and debris. Kouvaras, the owner of South Street, and Rizzo, the project organizer, allegedly directed unlicensed workers to remove asbestos or asbestos-containing material, bury approximately 50 bags of asbestos in the ground, and dump bags of asbestos on the floor of a boiler room so that it would appear that vandals had removed the asbestos while stealing copper and steel.


“These men knew there was asbestos throughout this old hospital and knew the real dangers involved in removing it, but we allege that they put their monetary self-interest ahead of the health and safety of their workers and the surrounding community,” said Attorney General Chiesa. “They are charged with serious crimes, including second-degree offenses that carry a sentence of five to 10 years in state prison.”


“Through our Environmental Crimes Unit, we have made prosecuting polluters a high priority,” said Stephen J. Taylor, Director of the Division of Criminal Justice. “The laws and regulations governing the handling and disposal of hazardous materials such as asbestos are there to protect all of us, and we will come down hard on violators who put workers and the public at risk.”


In early 2010, Rizzo solicited the owner of the Zurbrugg site for the contract to demolish the hospital. South Street was given the contract, which specified that the company would retain all of the proceeds from the recycling of metal and arrange for and pay all demolition costs, including asbestos abatement and disposal. An engineering report on the hospital buildings, which was provided to the defendants, identified extensive asbestos throughout the structures.


The defendants initially retained a licensed asbestos abatement contractor, which provided the required 10-day notice of its intent to perform asbestos abatement at the site to the Department of Labor, Department of Health & Senior Services and U.S. Environmental Protection Agency. However, the defendants paid only a few thousand dollars of the 10 percent deposit required by the contractor to start the work. The contractor estimated abatement would cost about $220,000. The licensed contractor worked only one day at the site, removing a small amount of asbestos.


The defendants allegedly used day laborers, including inmates from Clinton House, a work release halfway house in Trenton, to remove asbestos from sections of the hospital, without following the requirements of federal and state laws to prevent the release of toxic asbestos dust and debris. For example, the workers stripped insulation containing asbestos from pipes and a boiler, so that copper pipes, wire and other metals could be salvaged. It is alleged that the workers did not wear protective equipment, with the exception of paper masks, which are not authorized as safe for asbestos removal. The workers quickly took off the paper masks because the masks made it difficult to breathe.


The workers placed materials containing asbestos into black plastic bags, and some of the bags were placed in a roll-off container provided by a waste transportation company. Disposal manifests show 25 bags and 100 bags respectively were removed by a licensed hauler and disposed of at a lawful facility.


Division of Criminal Justice detectives executed a search warrant at the site on Filmore Street on March 28, 2011, and discovered material containing asbestos strewn on the floor of the boiler room. They found a roll-off container holding over 200 plastic bags of materials, 30 of which were tested and found to contain asbestos. They also uncovered two bags containing asbestos tiles buried in the ground during limited excavation at the site.
The U.S. Environmental Protection Agency Region 2 has taken jurisdiction of the site, which is being evaluated for asbestos removal action.


Supervising Deputy Attorney General Betty Rodriguez and Deputy Attorney General Mary Erin McAnally presented the case to the state grand jury. The investigation was conducted for the Environmental Crimes Unit, within the Division of Criminal Justice Specialized Crimes Bureau, by Sgt. Steven Ogulin, Detective Dawn Ryan, Detective Michael Klumpp, SDAG Rodriguez and DAG McAnally. The investigation was led for the Department of Corrections Special Investigations Division by Principal Investigator Daniel Klotz.
Second-degree crimes carry a sentence of five to 10 years in state prison and a fine of up to $150,000. The third-degree offense of violating the Asbestos Control and Licensing Act carries a sentence of three to five years in prison and a fine of up to $25,000. The indictment is merely an accusation and the defendants are presumed innocent until proven guilty.


The indictment was handed up to Superior Court Judge Thomas W. Sumners Jr. in Mercer County, who assigned it to Burlington County. The indictment is posted with this release at www.njpublicsafety.com.
....
For over 3 decades the Law Offices of Jon L. Gelman1.973.696.7900 jon@gelmans.com have been representing injured workers and their families who have suffered work related accident and injuries.