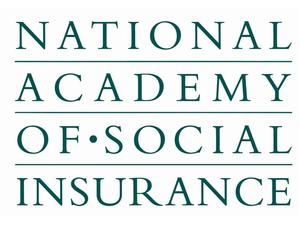 "As a share of covered wages, employers' costs in 2010 were the lowest in the last three decades."


"Employers' costs as a percent of payroll declined in 43 jurisdictions," said John F. Burton, Jr., chair of the study panel that oversees the report. "This decline is probably due to the slow pace of the recovery, with many jurisdictions still experiencing relatively high unemployment rates."


The new report, Workers' Compensation: Benefits, Coverage and Costs, 2010, is the fifteenth in the series that provides the only comprehensive data on workers' compensation benefits for the nation, the states, the District of Columbia, and federal programs.

"This report represents the first time the Academy has released employers' costs by state."


This report represents the first time the Academy has released employers' costs by state. For a table showing employers' costs for all fifty states and the District of Columbia, refer to Table 12 (page 34).

The share of medical benefits for workers' compensation has increased substantially over the last 40 years. During the 1970s medical benefits nationally accounted for 30 percent of total benefits, whereas in 2010 the share of benefits paid for medical care was almost 50 percent. Experts attribute this trend to the rising cost of health care.

Read more about the economic recovery and workers compensation