The U.S. Food and Drug Administration, in partnership with international regulatory and law enforcement agencies, took action this week against more than 9,600 websites that illegally sell potentially dangerous, unapproved prescription medicines to consumers. These actions include the issuance of regulatory warnings, and seizure of offending websites and $41,104,386 worth of illegal medicines worldwide. 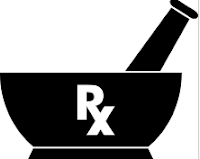 The action occurred as part of the 6th annual International Internet Week of Action (IIWA), a global cooperative effort to combat the online sale and distribution of potentially counterfeit and illegal medical products. As part of this year’s international effort – Operation Pangea VI – the FDA’s Office of Criminal Investigations, in coordination with the United States Attorney's Office for the District of Colorado, seized and shut down 1,677 illegal pharmacy websites. The effort ran from June 18 to June 25, 2013.

Many of these websites appeared to be operating as a part of an organized criminal network
that falsely purported its websites to be “Canadian Pharmacies.” These websites displayed fake licenses and certifications to convince U.S. consumers to purchase drugs they advertised as “brand name” and “FDA approved.” The drugs received as part of Operation Pangea were not from Canada, and were neither brand name nor FDA approved. These websites also used certain major U.S. pharmacy retailer names to trick U.S. consumers into believing an affiliation existed with these retailers.


The FDA’s Office of Criminal Investigations Cybercrime Investigations Unit banner is now displayed on seized websites to help consumers identify them as illegal. Here are some examples:
http://www.canadianhealthandcaremall.com/
http://www.walgreens-store.com
http://www.c-v-s-pharmacy.com

“Illegal online pharmacies put American consumers’ health at risk by selling potentially dangerous products. This is an ongoing battle in the United States and abroad, and the FDA will continue its criminal law enforcement and regulatory efforts,” said John Roth, director of the FDA’s Office of Criminal Investigations. “The agency is pleased to participate in Operation Pangea to protect consumers and strengthen relationships with international partners who join in this fight.”

During Operation Pangea VI, the largest Internet-based action of its kind, the FDA targeted websites selling unapproved and potentially dangerous prescription medicines that could pose significant public health risks. Products purchased from the websites targeted during Operation Pangea also bypassed existing safety controls required by the FDA, and the protections provided when used under a doctor’s care. In general, prescription medicines, including those purchased online, should only be used with a valid prescription and under the supervision of a licensed health care provider.

The goal of Pangea VI, which involves law enforcement, customs, and regulatory authorities from 99 countries, was to identify the makers and distributors of illegal drug products and medical devices and remove these products from the supply chain.

Some of the medicines that were sold illegally by the websites targeted during Operation Pangea VI included:

Avandaryl: FDA-approved Avandaryl (glimepiride and rosiglitazone) is used to treat type 2 diabetes and to minimize potential associated risks, including edema caused by fluid retention, worsening the condition of the heart, or heart failure. Avandaryl must be prescribed by a certified healthcare provider and dispensed by a certified pharmacy with a medication guide explaining the potential risks.

To minimize the potential associated risks, including gastrointestinal bleeding, heart attack, or stroke, in some people with long term use, Celebrex must be dispensed with a medication guide explaining the potential risks.

Clozapine: FDA-approved Clozaril (clozapine) is used to treat severe schizophrenia and is associated with potentially fatal agranulocytosis, a severely low (and dangerous) white blood cell count that can predispose patients to serious, life-threatening infections. To minimize potential risks, consumers who are prescribed FDA-approved Clozaril must be enrolled in a registry that ensures regular monitoring of their blood counts.

The FDA in collaboration with other federal agencies screened drug products received through selected International Mail Facilities during the IIWA. Preliminary findings show that certain drug products from abroad, such as antidepressants, hormone replacement therapies, sleep aids, and other drugs to treat erectile dysfunction, high cholesterol, and seizures were on the way to U.S. consumers.

The FDA provides consumers with information to identify an illegal pharmacy website and advice on how to find a safe online pharmacy through BeSafeRx: Know Your Online Pharmacy.

The IIWA is a collaborative effort between the FDA, INTERPOL, the World Customs Organization, the Permanent Forum of International Pharmaceutical Crime, Heads of Medicines Agencies Working Group of Enforcement Officers, the pharmaceutical industry, and national health and law enforcement agencies from 99 participating countries.