Alleged Claim of Assault by Employer Results in a Dismissal

A car salesman, who alleged that his employer punched him in the ear, was denied workers' compensation benefits. The claimant, who presented a claim for total permanent disability, was unsuccessful, after the trial judge found the worker just not credible.

The judge, Ronald Allen, NJ Judge of Compensation, based his dismissal on the evidence, after the 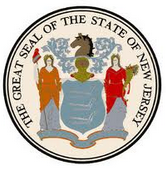 employer testified that the accident never occurred  the worker never filed a criminal complaint against the employer, and the the employee did not seek immediate medical treatment.

The employer's medical expert, Dr. Aragona, testified that the employee lacked complaints and  the clinical neurological examination was normal.

Furthermore, the Judge found that the petitioner's expert did not take into consideration a serious prior medical condition.

The Appellate Court held that it would not disturb the trial decision as there was insufficient evidence the the trial Judge's credibility determinations were in error.