A jury in California has awarded a couple $2 Billion as a result of cancer contracted after using RoundUp manufactured by Monsanto. This is the 3rd verdict in a row in a series of trials against the pesticide manufacturer.


Previously a jury reached a verdict of $289+ Million on Friday in a liability trial in San Francisco against Monsanto  for the alleged carcinogenic propensities of its popular herbicide RoundUp. The claim was brought on behalf of a school groundskeeper who is suffering from terminal cancer. He alleged that his exposure to the glyphosate-based herbicide caused his illness, non-Hodgkin’s lymphoma. The case is one of 5,000 that are now being cued-up for trial.(1) 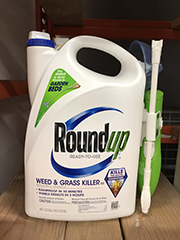 The case mirrors the trajectory of asbestos exposure claims, the longest run tort in US history. The initial two liability cases, brought against the manufacturers, suppliers, and distributors of asbestos fiber in the 1970’s, trigged a mass onslaught of workers’ compensation cases on a national basis.

Glyphosate, N-(phosphonomethyl) glycine, is one of the most widely used herbicides. It is the active ingredient in products such as Roundup, Rodeo Aquatic Herbicide, and Eraser. Glyphosate is a broad-spectrum herbicide that is used on broadleaf weeds, grasses, and woody plants. The chemical was approved for use as a weed killer in 1974 and sold by Monsanto Co. Monsanto was subsequently acquired by Bayer AG.

Occupational exposure cases usually turn on the opinions of medical experts and this case is no exception. Reuters reported, “ One of the experts is Beate Ritz, a public health professor at the University of California, Los Angeles who has criticized EPA studies of glysophates as flawed and concluded based on her review of available research that glyphosate-containing products "to a reasonable degree of scientific certainty" cause the lymphoma cancer….. The other is Alfred Neugut, a cancer research professor at Columbia University, who reached the same conclusions as Ritz based on his review of scientific literature.”