Another Hurdle to Prove an Occupational Disease Claim

The admissibility of scientific evidence has perennially been a controversial issue in workers’ compensation hearings. Most jurisdictions follow their own procedures to admit evidence and validate the methodology and some look to the Federal Rules for guidance.

New Jersey follows a guideline for the admission and reliance upon scientific evidence in occupational disease workers' compensation cases. In Lindquist v. City of Jersey City Fire Dept., 175 N.J. 244, 814 A.2d 1069 (2003), the New Jersey Supreme Court provided a straightforward and basic approach that allows for the necessary proof in complex cases. Since risk need only be a contributing cause of the event, the general acceptance may be found to be significantly reliable if it is based upon sound, adequately-founded scientific methodology involving data and information of type reasonably relied on by experts in the scientific field.

The Federal courts follow the test established in Daubert v. Merrell Dow Pharmaceuticals, Inc., 509 U.S. 579, 113 S.Ct. 2786, 125 L.Ed.2d 469 (1993), Fed.Rules, Evid.Rules 104(a), 702. The trial judge must determine at the outset whether the expert is proposing to testify to scientific knowledge that will assist a trier of fact in understanding the evidence or in determining fact in issue and whether the proposed testimony is based upon reasoning or methodology that is scientifically valid and applicable to the facts in issue.

Under a proposal The Committee on Rules of Practice and Procedure of the Judicial Conference of the United States published for comment in August 2021, Rule 702 of the Federal Rules of Evidence would be amended to, among other things, say a party must prove by a preponderance of the evidence that expert testimony is admissible. Rule 702 would also be amended to emphasize that judges must exercise their gatekeeping authority to ensure their methodologies support experts' conclusions.

PROPOSED AMENDMENTS TO THE FEDERAL RULES OF EVIDENCE1

A witness who is qualified as an expert by knowledge, skill, experience, training, or education may testify in the form of an opinion or otherwise if the proponent has demonstrated by a preponderance of the evidence that:

(a)
(b)
(c) the expert’s scientific, technical, or other specialized knowledge will help the trier of fact to understand the evidence or to determine a fact in issue; the testimony is based on sufficient facts or data; the testimony is the product of reliable principles and methods; and

(d) the expert has reliably applied  expert’s opinion reflects a reliable application of the principles and methods to the facts of the case.

1 New material is underlined and BOLD; matter to be omitted is lined through. Preliminary Draft | August 2021 https://www.uscourts.gov/sites/default/files/preliminary_draft_of_proposed_amendments_2021_0.pdf 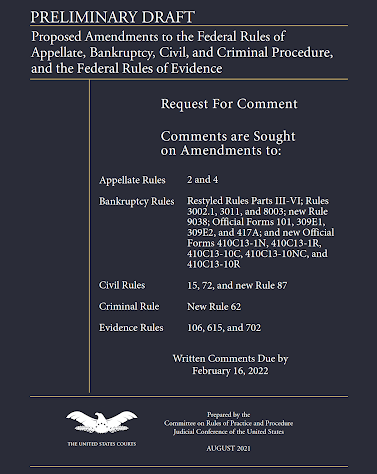 Comments to the proposed amendments to the Federal Rules of Evidence Rule 702 are due by February 16, 2022. See the Rulemaking Docket.

Industry originally proposed the summary workers' compensation system over a century ago to avoid uncapped monetary damages from liability claims. Workers accepted limited economic recovery embodied in the trade-off of that Grand Bargain. Should states adopt the proposed Rule 702 for guidance on handling scientific evidence in occupational disease claims, it would further stifle recovery by placing another hurdle for injured workers to obtain workers’ compensation benefits.

Jon L. Gelman of Wayne NJ is the author of NJ Workers’ Compensation Law (Thomson-Reuters) and co-author of the national treatise, Modern Workers’ Compensation Law (Thomson-Reuters). For over 5 decades the Law Offices of Jon L Gelman  1.973.696.7900  jon@gelmans.com  have been representing injured workers and their families who have suffered occupational accidents and illnesses.