In a historic step, the US Environmental Protection Administration [EPA] is moving to protect people from cancer risks and is moving to ban asbestos in the US. The EPA has proposed its first-ever risk management rule under the 2016 Lautenberg Chemical Safety Act. 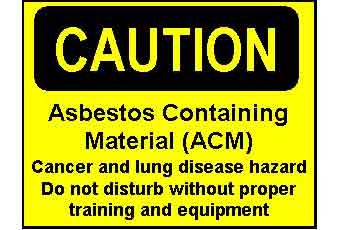 The U.S. Environmental Protection Agency (EPA) is taking action to protect people from asbestos exposure by releasing a proposed rule to prohibit ongoing uses of the only known form of asbestos currently imported into the U.S. This proposed rule is the first-ever risk management rule issued under the new process for evaluating and addressing the safety of existing chemicals under the Toxic Substances Control Act (TSCA) that was enacted in 2016.

“Today, we’re taking an important step forward to protect public health and finally put an end to the use of dangerous asbestos in the United States,” said EPA Administrator Michael S. Regan. “This historic proposed ban would protect the American people from exposure to chrysotile asbestos, a known carcinogen, and demonstrates significant progress in our work to implement the TSCA law and take bold, long-overdue actions to protect those most vulnerable among us.”

This proposal would rectify a 1991 court decision that largely overturned EPA’s 1989 ban on asbestos that significantly weakened EPA’s authority under TSCA to address risks to human health from asbestos or from any other existing chemical. With the 2016 amendments to TSCA, the law was radically transformed with clear requirements and a mandate to comprehensively prioritize and evaluate chemicals and put in place strong and timely protections against any unreasonable risks.

Use of asbestos in the U.S. has been declining for decades, and its use is banned in over 50 countries. Although there are several known types, the only form of asbestos known to be currently imported, processed, or distributed for use in the United States is chrysotile. Raw chrysotile asbestos currently imported into the U.S. is used exclusively by the chlor-alkali industry. Most consumer products that historically contained chrysotile asbestos have been discontinued. In December 2020, EPA issued a final risk evaluation that found unreasonable risks to human health from conditions of use associated with six categories of products.

In addition to addressing the significant human health effects of chrysotile asbestos exposure, today’s proposal, if finalized, is also expected to generate health benefits from reduced air pollution associated with electricity generation as chlor-alkali production is one of the most energy-intensive industrial operations. Environmental justice concerns in communities surrounding some of the affected chlor-alkali facilities and other chemical manufacturers would also benefit from reduced levels of soot and other air pollution from the electricity generation needed to support these facilities.

Separately, EPA is also evaluating legacy uses and associated disposals, other types of asbestos fibers in addition to chrysotile, and conditions of use of asbestos in talc and talc-containing products in a supplemental risk evaluation for asbestos. EPA released the draft scope for the second part of the asbestos risk evaluation in December 2021 and will publish the final risk evaluation by December 1, 2024.

EPA will accept public comments on the proposed rule for chrysotile asbestos for 60 days following publication in the Federal Register via docket EPA-HQ-OPPT-2021-0057 at https://www.regulations.gov/ .

Jon L. Gelman of Wayne NJ is the author of NJ Workers’ Compensation Law (Thomson-Reuters) and co-author of the national treatise, Modern Workers’ Compensation Law (Thomson-Reuters). For over five decades, the Law Offices of Jon L Gelman  1.973.696.7900  jon@gelmans.com  have represented injured workers and their families who have suffered occupational accidents and illnesses.