Totally Injured Workers Maybe Getting an Increase in Benefits

“The Budget includes a re-proposal to eliminate reverse offsets in fifteen states where Workers' Compensation (WC) benefits and temporary disability insurance benefits (TDI) are offset instead of DI benefits." 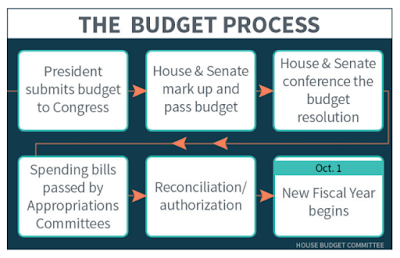 Social Security provides that, “Claims that involve a reduction in disability insurance benefits (DIB) benefits due to the receipt of workers’ compensation (WC) and/or public disability benefits (PDB) are selected for a possible benefit increase every three years (i.e., triennially) due to a rise in the national earnings level. This redetermination (redet) of the ACE is protection against inflation.” See, DI 52150.080 Triennial Redetermination (Redet) of the Average Current Earnings (ACE)

“The New Jersey Workers' Compensation Act permits an offset for social security disability benefits against workers' compensation benefits. Those individuals under the age of 62 who receive benefits pursuant to the Workers' Compensation Act in accordance with either statutory section 34:15-95 or 34:15-12(b) are subject to having their benefits reduced by an amount equal to that payable under the Federal Old-Age, Survivor's and Disability Insurance Act but in an amount not to exceed the reduction statutorily prescribed in 42 U.S.C.A.” Gelman, Jon L, Workers’ Compensation Law, 38 NJPRAC 18.1 (Thomson-Reuters 2018).

Additionally, NJ administratively does not allow COLA increases under the Triennial Redetermination (Redet) of the Average Current Earnings (ACE) an adjustment. See, “As long as the State has a process that recognizes the statutory framework of the offset provisions under section 224 of the Act, its application and procedures for addressing the triennial redetermination process under 22470 is within State jurisdiction and not subject to Federal review,” Letter G Sklar to LJ Crider, 12/10/2004, 38 NJPRAC Appendix E, p.473 (Thomson-Reuters 2018).

The Trump Administration 2019 Budget will certainly have an impact on adjusting inequities and may afford a boost in the benefits for totally and permanently injured workers.