The US Supreme Court (SCOTUS) declined to review the Minnesota Supreme Court’s decision prohibiting reimbursement of medical marijuana costs in a workers’ compensation claim. The Petitioner for a Writ of Certiorari conference was denied today.  Musta v. Mendota Heights Dental Center, et al., No. 21-998. Therefore, the individual States will remain the authority on whether reimbursement for medical marijuana will be permitted in a workers' compensation claim.

US Government's Position
The US Government submitted a brief to SCOTUS by invitation. The US Government urged denial of the Writ. The US Government indicated that the issue is not ripe and may in fact be decided by the other branches of the Federal government. “The Legislative and Executive Branches of the federal government are best situated to consider any potential tailored measures to address specific instances of interaction between federal and state marijuana laws. To that end, Congress has recently amended the federal prohibition on marijuana, see p. 5, supra (noting 2018 change to CSA definition of marijuana), and continues to consider more expansive approaches; indeed, shortly after the Court issued its invitations in these cases, the House of Representatives passed legislation that would remove marijuana from the CSA’s list of controlled substances altogether.” 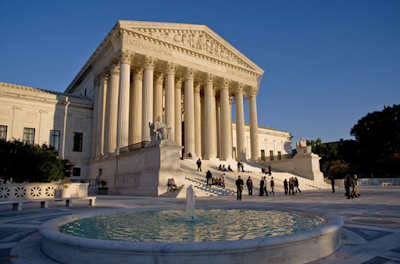 The issue presented was whether employers and their insurance carriers could be compelled to reimburse costs for medical marijuana in light of the Controlled Substances Act (CSA or Act), Pub. L. No. 91-513, Tit. II, 84 Stat. 1242.

A supplemental brief in support of the Petitioner for a Writ of Certiorari was filed this week by Susan K Mustafa, the Petitioner. She asserts that there exists a 2-2 court split below on the issue presented, and it is of national importance.

Musta argued that the US Supreme Court should review the issue because the government’s implied preemption theory is meritless. The petitioner asserts that the government is not a neutral party and does not want SCOTUS to review the matter for several reasons. A SCOTUS decision on the merits may result in further restrictions of the government’s Commerce Clause authority. The Executive Branch has been systematically refusing to prosecute these alleged federal crimes.

The NJ Supreme has recognized that the workers’ compensation system has a legislative mandate to provide the safest medical care to cure and relieve occupational injuries. The Court acknowledged both state and Federal trends to provide non-addictive and non-fatal pain relief in place of the dangerous opioids. Vincent Hager v. M&K Construction (A-64-19) (084045) Decided April 13, 2021.

Is Medicare-For-All a Prescription for Infectious Diseases in the Workplace? 6/19/22

Burn Pit Benefits: The US Senate Passed The Pact Act 6/17/22